The Fireplug Cable Passthrough System is a bespoke transit system for temporary cables, designed to maintain fire compartmentation and acoustic performance. Today as more complex buildings are being built to a higher specification the Fireplug Cable Passthrough System (CPT) has been individually designed and then tailored to suit particular aspects of the changing demands of today’s specifiers. The CPT is a unit that can be used to allow a service that can be described as temporary, such as a T.V. camera cable, to pass through a wall/floor yet still maintain the integrity of the wall/floor as designated. What is meant by integrity is that in a fire situation, you maintain stability and insulation along with acceptable smoke stopping. These points are also collated into designing a practical and sensibly operated system.

Examples of the types of building that lends itself to require a CPT system would be a venue where the public attend, such as sports stadia, concert halls, theatres, exhibition halls. Anywhere that people congregate and where the likes of the media such as a TV camera crew, need access within the building, with their recording cables, lighting cables etc. Gone are  the days when a fire door was propped open by an extinguisher. The following information is intended to prompt ideas and ways of solving problems that you may not have been aware of.

The sketches below show the basic outline of a cavity wall passthrough and consist of two hinged steel plates with an integral intumescent pipe closer casing either side of the wall connected with a length of PVC pipe. Surrounding the pipe is a fire retardant canvas smoke sock with a draw string at each end to close around any services passing through. In a fire situation, the smoke sock stops the passage of cold smoke and toxic fumes, and under the effect of heat, the intumescent pipe closer expands, crushing the pipe and sealing the hole through the wall. The CPT comes in 3 sizes with finished openings of 100mm, 150mm, 190mm. 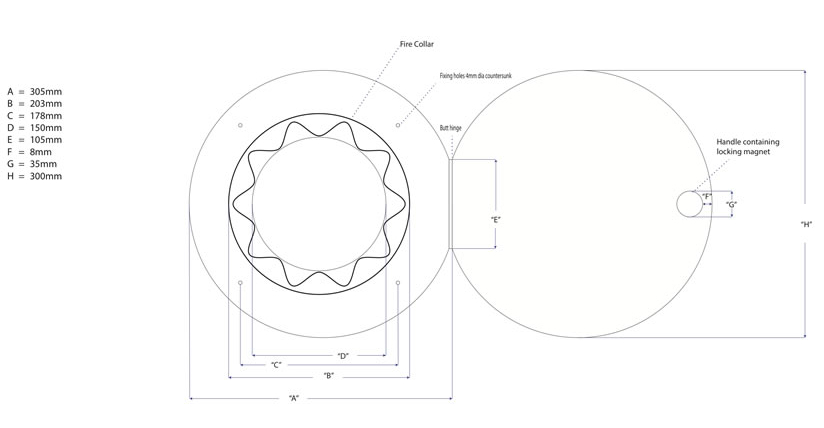 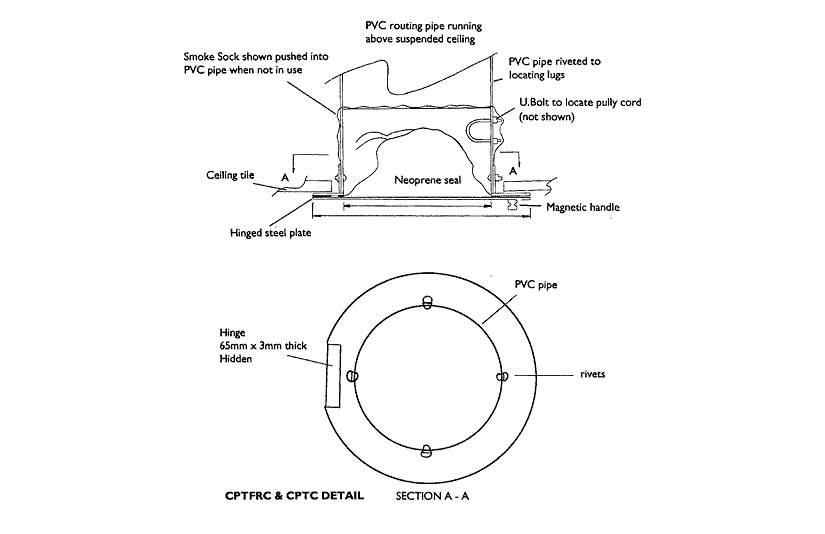 A ceiling passthrough (ref. CPTC) is designed to allow access through a suspended ceiling.  Due to the thickness of the tile* it may not be possible to fire protect at this point, however a smoke sock can be fitted to stop cold smoke (see drawing above).

*Ceiling types may vary, please contact us for advice.

The CPT system is designed to protect against fire, heat and smoke. In a fire situation the Fireplug FPB Intumescent Bandage will expand and seal the opening against fire and toxic gases. It is with cold smoke that the smoke sock comes into use.

When the month of the sock is closed down, using the pull string, the fire retardant foam closes around the cables slowing the passage of smoke.

Smoke socks can be supplied with pull string at each end for short CPTs, or effectively in two halves, one for each end of a long run. 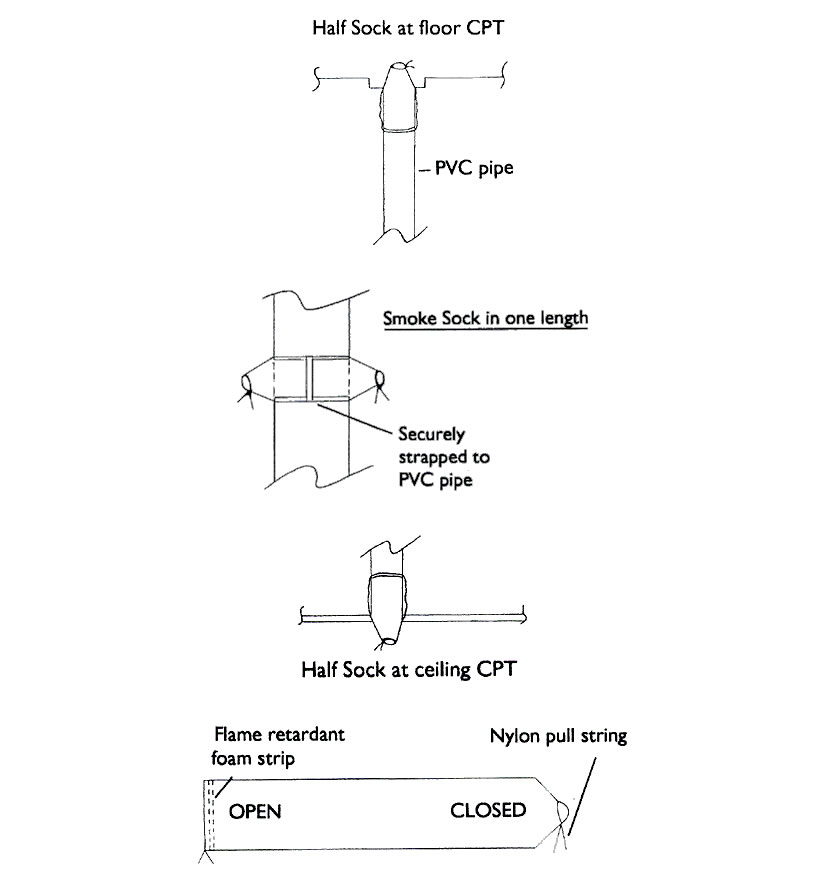 The smoke Sock is made using a tough fire retardant fabric with a fire retardant foam strip stitched around each opening. The foam acts as a further smoke seal when closed around the cables. 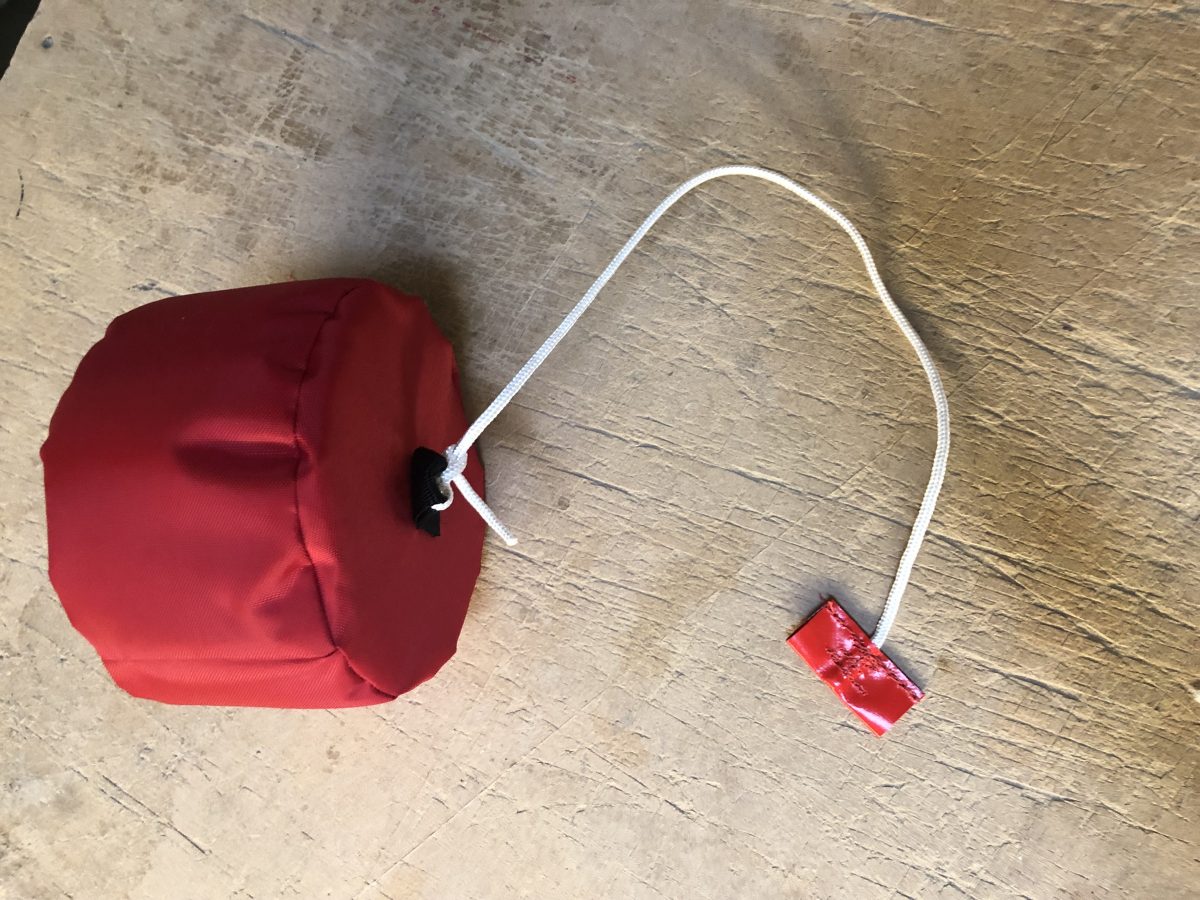 The accountable factors of the Cable Passthrough System have undergone the relevant testing at FULMER YARSLEY to British Standard BS476, part 22, test No. J85007/1, on 4th January 1990. Four CPTs were tested in the open position, the test was terminated after 128 minutes.

Fireplug FPB Intumescent Fire Bandages have been tested by TRADA to British Standards BS476, part 20, test No. IT360, on 14th May 1993. Two hour insulation and integrity was achieved.

The Smoke Sock principle as yet does not have a test criteria. However prior to being used on the ICC Birmingham, both Birmingham City Building Control and Fire Brigade expressed their satisfaction that the acceptable level of smoke emission was attained.

The Fireplug Cable Passthrough System takes care of breaching compartment walls and floors.  However there will be occasions when access is required to take place within the building requiring several CPTs to be used by the same cable.  In order to make this feasible there is designed a range of accessories that makes the routing of the CPT system efficient and safe. 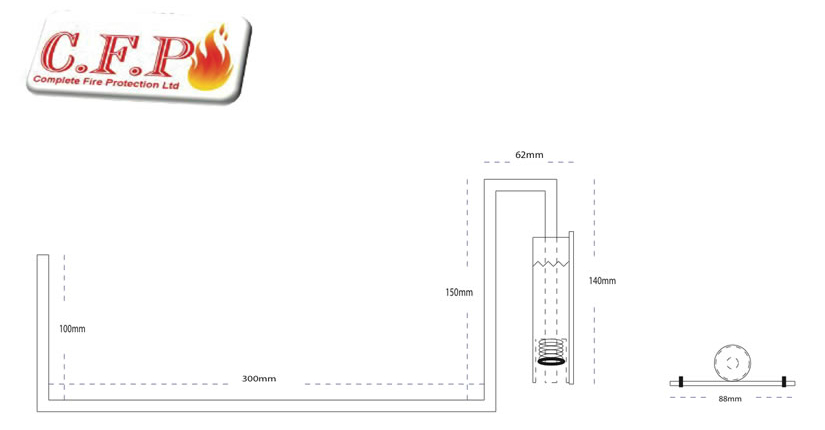 The hangers are fitted along the corridors etc. to keep cables and the like, safely out of the way.

Used to rout cables across ceilings. These are bespoke to suit individual site situations. 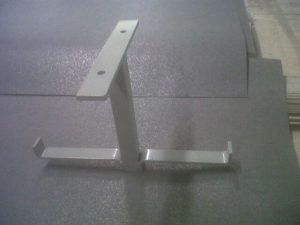 On occasions where the routing CPT has to be above ceilings or under floors etc., it is obviously impracticable to remove tiles or flooring every time access is required.  The PVC ducting system in conjunction with the Cable Passthrough System takes care of these problems and lets you take the easy route.

The pipe support brackets are extensively used where not in sight of the general public e.g. above suspended ceilings as shown, inside acoustic voids or generally back of house.

The PVC pipe is supplied with a range of bends and joints as standard.  One important point is where movement or acoustic joints are crossed by the pipe.  Shown under is a typical movement and acoustic joint.

Occasionally the PVC routing will be of such a length (ICC Birmingham in excess of 30m), that it is impossible to feed the cables through by hand.  For this problem a pulley system can be installed while constructing the routing.  The pulley system is invaluable when CPT route passes through floors to a level below and/or above ceilings or under raised floors.  The diagram shows a typical pulley system.

Where beer pythons enter a building at ground level and there are higher floor levels with bar facilities, there could be a need for a bank of python passthroughs rising through the building. The number of pythons would decrease as each level is reached. By clicking on the red link above you will see a sketch of an actual beer python run found at the ICC in Birmingham. At each floor level a steel python passthrough was fitted. For each python there is a hinged steel lid which is closed when the python run is not in use.

The PVC python ducting allows easy access to the beer lines and also protects the lines from attack from vermin, which is a real risk considering the areas in the building where beer pythons can be located.

The PVC routing system lends itself perfectly to carry beer lines on the same principle as a temporary cable, only this time a beer line is more likely to be permanent.  Depending on the size of beer python a PVC routing can be designed to accept more than one.  The minimum and maximum radius of the python is taken into account with access hatches built at strategic intervals, as at every bend for example.  The python being more rigid than an ordinary cable is pushed along the routing from each access hatch.  Below are diagrams of some examples.

The system can be protected against fire and smoke in the same way as the Cable Passthrough System e.g. Fireplug FPB Bandages, Smoke Socks, etc.

Get a Quote For Your Project